The history of the star: Saiph 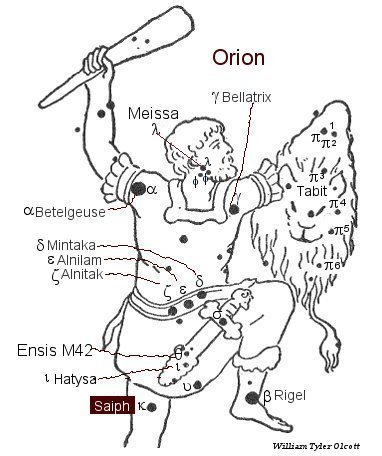 Kappa (κ) Orion, Saiph, is a star marking the right leg of the Hunter on the Urania’s Mirror drawing. On the drawing of Orion in The New Patterns in the Sky by Staal Saiph marks the sword tip that extends to the right leg.

Saiph, from As-Saif (), or Saif al Jabbar, “the Sword of the Giant” this title included eta (η).