The history of the star: Ensis 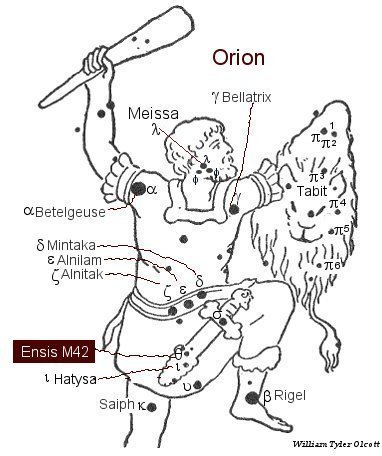 M42 Orion, Ensis, is the Nebula marking the sword-sheath or sword-scabbard of Orion, with the celebrated Trapezium in its midst. Latin ensis means ‘sword’.

Known as Ensis to astrologers, this nebula’s correct name is M42; the Great Orion Nebula, the name known to astronomers.

The astrological influences of the star Ensis

Of the nature of Mars and the Moon. It causes blindness, defective sight (all nebula gives this effect), injuries to the eyes, sickness and a violent death. [Robson, p.165.]