The history of the star: Sadalbari

from p.328 of Star Names, Richard Hinckley Allen, 1889.
[A scanned copy can be viewed on this webpage 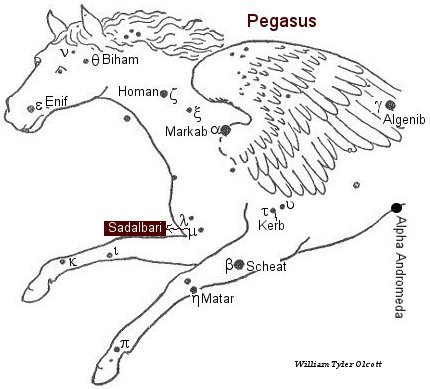 Mu (μ) Pegasus, Sadalbari, is a star in the Winged Horse.