The history of the star: Matar 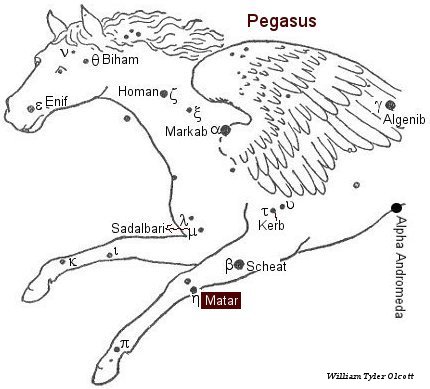 Eta (η) Pegasus, Matar, is a star in the right knee of the Winged Horse.

On the left forearm, is the Matar of Whitall’s Planisphere, from Al Sad al Matar, the Fortunate Rain; as such, however, omicron (ο) was included with it.