The history of the star: Heze 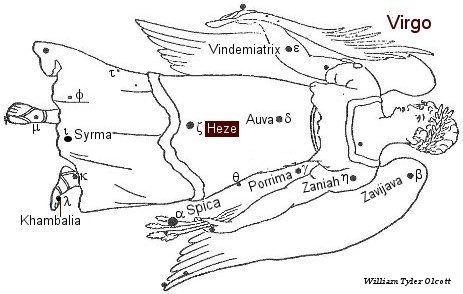 Zeta (ζ) Virgo, Heze, is a star under the girdle of the Virgin.

With eta (Zaniah), it almost exactly marks the line of the celestial equator.

Wikipedia says the name Heze is not often used for this star as it is of unclear origin.