The history of the star: Al Shat

from p.142 of Star Names, Richard Hinckley Allen, 1889.
[A scanned copy can be viewed on this webpage 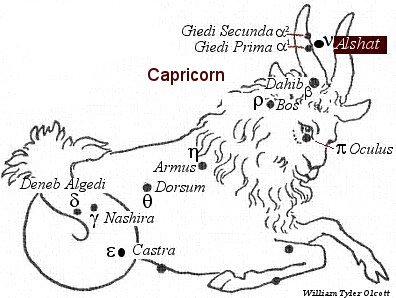 Nu (ν) Capricornus, Al Shat, is a middle star in the horns of the Goat.

Alshat from Arabic Al Shat, the Sheep that was to be slaughtered by the adjacent Dabih, beta Capricornus; referring to the sacrifice celebrated by the Arabs at the heliacal rising of Capricornus.