The history of the nebula Spiculum 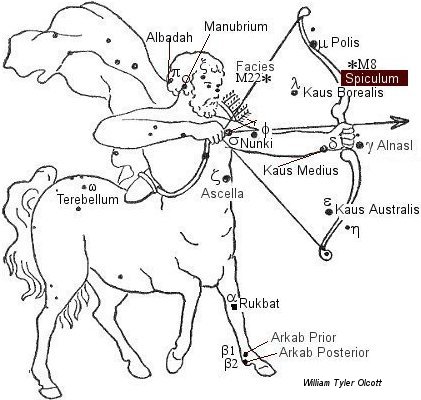 The Lagoon Nebula, Spiculum, M8, NGC6523, is a cluster of stars on the Bow of the Arrow of Sagittarius

Spiculum is Latin for dart or point of an arrow or similar weapon.