The history of the star: Sinistra 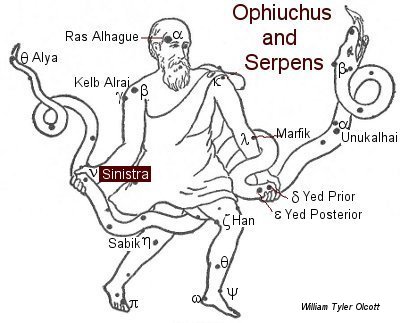 Nu (ν) Ophiuchus, Sinistra, is a star on the right hand of the Serpent Bearer.

The word Sinistra actually refers to the left side.

The astrological influences of the star Sinistra