The history of the star: Oculus 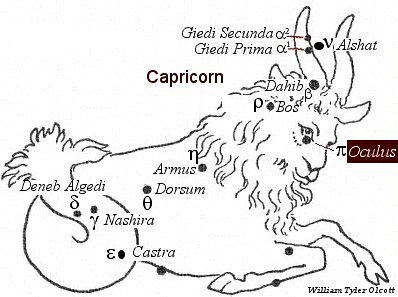 Pi (π) Capricornus, Oculus, is a star in the right eye of the Goat.

Oculus is Latin for "eye".

The astrological influences of the star Oculus

With Mercury: Of the nature of Saturn and Venus. It gives a clever and piercing intellect when in conjunction with Mercury. [Robson, p.180.].