The history of the star: Miaplacidus

from p.72 of Star Names, Richard Hinckley Allen, 1889.
[A scanned copy can be viewed on this webpage 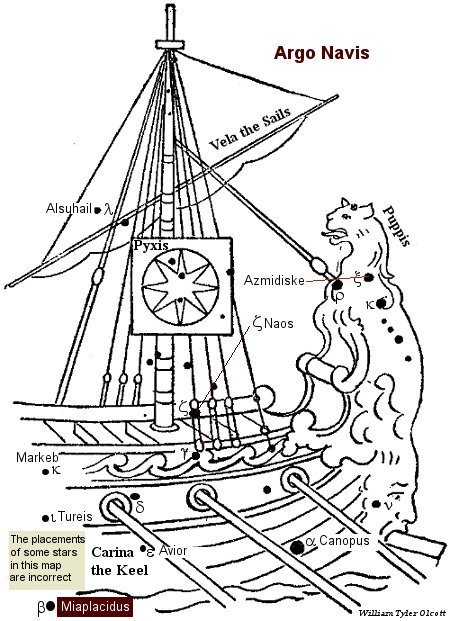 Beta (β) Carina, Miaplacidus, is a star in the Keel of the great Ship Argo Navis

Miaplacidus, Maia-placidus, the meaning and derivation of which I cannot learn, unless it be in part, as Higgins asserts in his brief work on star-names, from Miyah, the plural of the Arabic Ma, Water. The original, however, is better transcribed Mi’ah.