The history of the star: Menkib 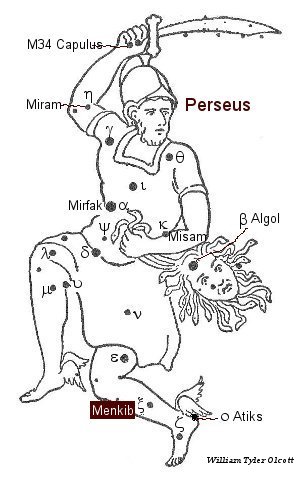 Xi (ξ) Perseus, Menkib, is a star in the left foot of the Champion.

Menkib or Al Mankib (), from Mankib al Thurayya, the "Shoulder of the Pleiades" [i.e. next to the Pleiades in the Arabian figure]