The history of the star: Markeb 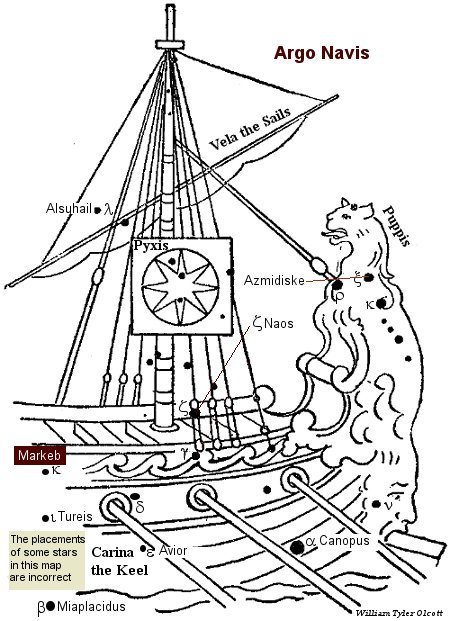 Kappa (κ) Vela, Markeb or Markab, is a star within the Sail constellation of the Ship Argo Navis, close to Carina, the Keel.

This star is visible from the latitude of New York, culminating on the 25th of March.

The astrological influences of the constellation Vela

The astrological influences of the star Markeb

A small star in the Buckler of the Ship. Of the nature of Saturn and Jupiter. It gives piety, a wide knowledge, educational work and voyages. [Robson, p.175.]

If Rising: Profitable journeys in company with Jupiterian and Saturnian people wherein the native is grave and discreet, but suffers much injury, which ultimately turns to good. [Robson, p.175.]