The history of the star: Furud 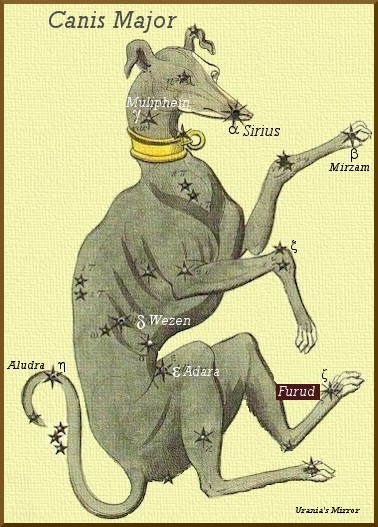 Furud is either from Al Furud, the Bright Single Ones, or, perhaps by a transcriber’s error, from Al Kurud, the Apes, referring to the surrounding small stars with some of those of Columba; the German astronomer Ideler (1766-1846) thought the latter derivation more probable. The 10th Persian astronomical writer Al Sufi mentioned these as Al Agribah, the Ravens.

Zeta (ζ) marks the toe of the right hind foot.