The history of the star: Dziban

from p.212 of Star Names, Richard Hinckley Allen, 1889.
[A scanned copy can be viewed on this webpage 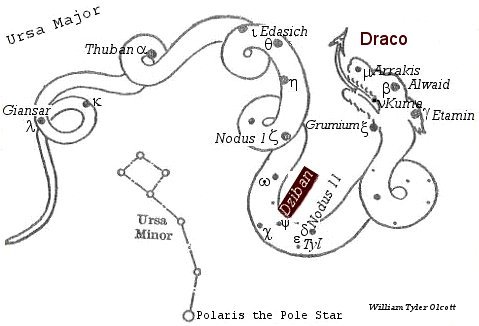 Dsiban, from Al Dhibain (the Arabs’ title for zeta ζ and eta η), has been given by some to this pair, and Lach thought that with chi (χ) it also was Al ‘Auhakan, which we similarly find for zeta (ζ Nodus 1) and eta (η).

In China it was Niu She, the Palace Governess, or a Literary Woman