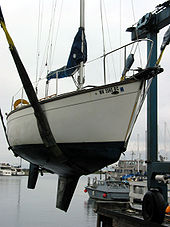 Sailing yacht with a fin keel

Carina is the Keel of the ship Argo Navis. The keel of a ship is a large single beam, the very bottom of the ship’s hull, the foundation beam that supports the entire ship; the ship’s backbone. The laying of the keel is the first event in a ship’s construction and is a symbolic act marked by a formal ceremony involving dignitaries. “Lay the keel” is a term used for beginning of a important undertaking. The ritual of laying a foundation stone for a building is analogous to laying of the ship’s keel, and that event is also often marked with a ceremony.

Latin Carina, ‘nut-shell’, ‘keel of a ship’, is related to the word careen, to cause (a ship) to turn on its side, ‘to expose a ship’s keel’, cognate with Greek karuon, karua, ‘nut’, and probably also with Old Indian karakah, ‘coconut; water vessel made from coconut’, related to Carya, karye-, and the first element in gillyflower. Karyo– is the cell nucleus: karyogamy is the coming together and fusing of cell nuclei, as in fertilization. Synkaryon is the nucleus of a fertilized egg immediately after the male and female nuclei have fused. The caryopsis is a dry, one-seeded fruit in which the wall of the seed becomes fused to the carpel wall during its development, typical of members of the grass family including the cereals; wheat, rice, and corn. Karyokinesis (also called mitosis) is the process in cell division by which the nucleus divides and normally resulting in two new nuclei, each of which contains a complete copy of the parental chromosomes.

The keel is the lowest longitudinal timber of a ship. Keel is used to refer to flat-bottomed boats.

“The idea of a ‘nut’ as a metaphor for a ‘boat’ is a fairly obvious one (shell is similarly used for a ‘rowing boat’), and the Latin word came to be used for a ‘ship’s keel,’ the raised seam of a walnut perhaps suggesting the line of the timber along the ship’s bottom” [John Ayto, Dictionary of Word Origins].

Carinatae are defined as all birds having a keeled sternum. The carina or ‘keel‘ referred to a strong median ridge running down the length of the sternum, or breast bone (the word ‘sternum’ might relate to the adjacent constellation Puppis, the ‘stern’). This is an important area for the attachment of flight muscles. Thus, all flying birds have a pronounced carina. Ratites (Reticulum), all of whom are flightless, lack a strong carina. Thus birds were divided into carinates and ratites. Carina is a term for the fused lower two petals of flowers of many members of the pea family.

The Goliards [from the keel root *gwela] were a group of clergy who wrote bibulous, satirical Latin poetry in the twelfth and thirteenth centuries. They were mainly clerical students at the universities of France, Germany, Italy, and England who protested the growing contradictions within the Church, such as the failure of the crusades and financial abuses, expressing themselves through song, poetry and performance. The word was said by them to originate from a mythical ‘Bishop Golias‘, a medieval Latin form of the name Goliath [] (Greek kolios). [See the word ‘troubadour’ below, related to the Greek word for keel, tropis.] 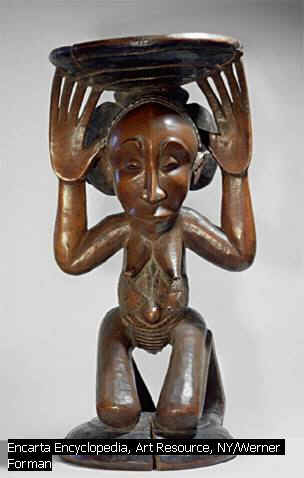 A caryatid (from carina, carya, karye-) is a sculpted female figure serving as an architectural support taking the place of a column or a pillar supporting an entablature on her head. The Greek term karyatides literally means ‘maidens of Karyae‘, a place named for the ‘nut-tree sisterhood’, an ancient town of Peloponnese. Karyai had a famous temple dedicated to the goddess Artemis in her aspect of “Artemis Karyatis“: “As Karyatis she rejoiced in the dances of the nut-tree village of Karyai, those Karyatides, who in their ecstatic round-dance carried on their heads baskets of live reeds, as if they were dancing plants” []. The Greek writer Pausanias describes the worship of a goddess known as Artemis-Caryatis (Karyatis) who is venerated in a sanctuary of walnut trees []. The Roman architect Vitruvius stated in his 1st century BC work De architectura that the female figures of the Erechtheion represented the punishment of the women of Caryae (Greek Karyiai), a town near Sparta in Laconia, who were condemned to slavery after betraying Athens by siding with Persia in the Greco-Persian Wars. A caryatid supporting a basket on her head is called a canephora (‘basket-bearer’).

Carina is from Greek karuon ‘nut’ and related to Sanskrit karakas, ‘coconut‘. Coconut and Cocoa, comes from Portuguese coco, ‘grimace’, grinning skull, goblin so called from the monkey-like face at the base of the cocoa nut, and the three holes in coconut. The Territory of Cocos Islands and are also called Keeling Islands. Coconuts are the sole cash crop. Copra is the dried meat, or kernel, of the coconut, from Hindu khopri and khappar, ‘skull’, from Old Indian kharparah, ‘skull’. The alkaloid theobromine (from *gwere above), from Greek theo-, god + broma, food, ‘food of the gods’, is in its largest quantities in the cocoa tree.

In Polynesian mythology the eel’s thin round body became like a coconut tree.

“Moreover, they give to Osiris the title of general, and the title of pilot to Canopus, from whom they say that the star derives its name; also that the vessel which the Greeks call Argo, in form like the ship of Osiris, has been set among the constellations in his honour, and its course lies not far from that of Orion and the Dog-star; of these the Egyptians believe that one is sacred to Horus and the other to Isis.” [Plutarch, Moralia

The pelican in Egypt was known as Canopos. Isidore says “the pelican (pelicanus) is an Egyptian bird inhabiting the solitary places of the river Nile, whence it takes its name, for Egypt is called Canopos” [The Etymologies, p.265]. Officially ‘pelican’ is “perhaps formed from pelekus, axe, in allusion to the shape of its bill” (there might be a similarity between an axe and a keel). Pelicans have a throat pouch which can hold 3 gallons of water and fish, and this is referred to as “the gular pouch”. Both words; ‘gular‘ and ‘keel‘; are from the Indo-European root *gwela above.

To keelover is from the nautical image of a ship turning keel-up. When a boat is floating on its designed waterline, it is said to be floating on an ‘even keel‘. To careen is to swerve or tilt from side to side, often while moving rapidly. Keelhaul is ‘to haul under the keel’. Keelson or kelson timbers or metal plates fastened along the top of a ship’s keel to strengthen it derived from the root of Old Icelandic kjolr, keel, + swin, swine, used for a timber.

The Greek word for the keel of a ship is tropis, from the Indo-European root *trep  ‘To turn’. Derivatives are: –tropous (turning in a specified way); apotropaic (amulets or symbols intended to ward off evil), troposphere (the tp layer of earth’s atmosphere),  Atropos (one of the three Fates, the cutter of the thread of destiny), treponema (spirochetes), trope (a figure of speech; a turn of speech), troubadour (troubador, a strolling minstrel – see goliards above), trover (a common-law action to recover damages for property); contrive, retrieve (literally ‘to find again’ compare the French trouver), trophy (war trophy, spoils of war, captives, booty; from Greek trepein, ‘to turn’), atrophy (state relating to growth or nutrition; this word looks close to Atropos the goddess of Fate who snips), dystrophy (dys bad + trophe Greek, nourishment), tropic, tropo– (turning; change); entropy (symbol S in the thermodynamic system), atropine (genus name of belladonna), Tropaeolum (botanic name for canary creeper and nasturtium), Heliotrope (Clytie was turned into a Heliotrope literally sun turning. [Pokorny 2. trep- 1094. Watkins]. Compare also turpitude from Latin turpis, shameful.

The root above, *trep, has the Greek words tropos `turn’, tropis `keel’, base beam of ship.” As explained by Pokorny here the root in English meant ‘to turn; to bow the head (of shame)’, and in German `turn, also turn away in shame’. Latin turpis is a cognate, whence English turpitude ‘a base act’. Above we mention the Caryatids; “after the women of the Greek village of Caryae, who, according to legend, must eternally bear the shame of their town’s support of the Persians in their assault upon Greece” []. These women appear to have ‘turned’ on their own people in order to support the enemy.