The history of the star: cluster Capulus 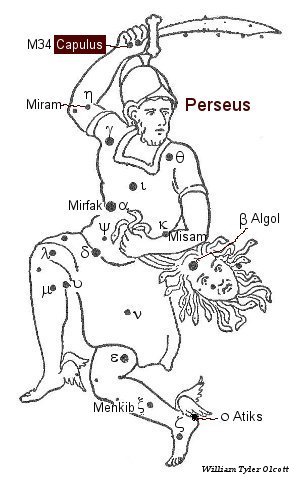 M34Perseus, Capulus, is a star cluster in the sword hand of the Champion.

M34 (NGC1039) is a fine open cluster scattered over 35′ arc minutes, more than the diameter of the full Moon. It contains about 60 stars, about 10 bright stars are noticeable with lots of faint stars as a background through binoculars.

The astrological influences of the star Capulus

It causes blindness or defective eyesight (all clusters of stars or nebula have this effect). [Robson, p.154.]