The history of the star: Avior 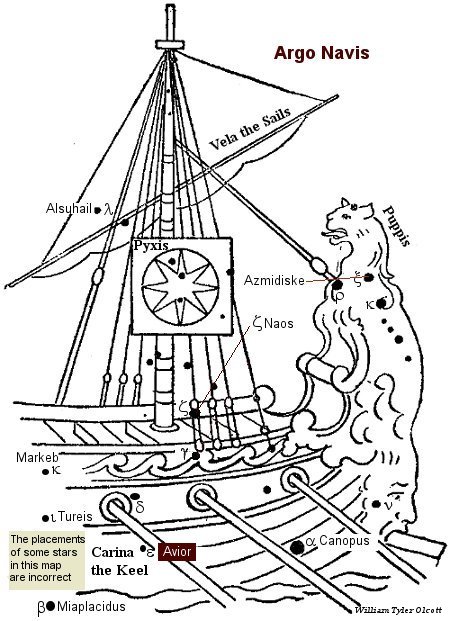 Epsilon (ε) Carina, Avior, is a southern star in the Keel of the Great Ship.

Wikipedia explains that this star, epsilon Carina, is also known by the name Avior, but this is not a classical name. It was assigned to the star by Her Majesty’s Nautical Almanac Office in the late 1930s during the creation of The Air Almanac, a navigational almanac for the Royal Air Force.