The history of the star: Achird 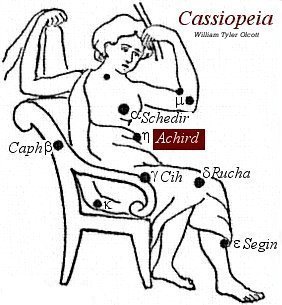 Eta (η) Cassiopeia, Achird, is a binary star, orange and violet, in the girdle of the Ethiopian Queen.